"Hello squirrels and squirrelettes, this is your most insane radio scramblin' DJ, Jumpin' Johnnie Jumble, or as we say here, Jumpin' Johnnie Jelbum! That's because here it's scrambled in radio. We mix some and you fix some. Dig it?"

Jumpin' Johnnie Jumble (voiced by Peter Eriul) is the host of Radio Amblersc, hosting the show using various different personas for different sections of the show.

Johnnie has a microphone face with a nose shaped like a J, blue hair, green and black sunglasses (although they’re purple on the minigames title card for some reason), a cropped purple jacket with a blue-violet shirt underneath, a bright red tie, and A/V jacks for fingers.

As Billy Bull he wears a red KBOX cap, as Captain Copter he wears a headset with what appears to be a small satellite dish attached to the top and as April Showers, he sports a yellow wig with a bright red bow and slightly different sunglasses to Johnny’s usual pair.

Jumpin’ Johnnie Jumble is completely animated from the waist up. However we do not see what he looks like from the waist down, some speculate that he doesn’t have legs at all.

Johnnie is very upbeat and charismatic, having a smooth accent similar to Sketch from Sketch Pad. He often calls the audience by various nicknames (for example: Freak and Freakettes) and enjoys singing along to some of the songs he plays on his show. He also loves to spin around in his swivel chair.

As April Showers, Johnnie w. sports an (obviously fake) high pitched voice. April is very peppy, often slipping small jokes into the weather forecast. April ends each forecast with a one liner before changing back into Johnnie.

As Billy Bull, Johnnie sports a soft southern accent similar to Eddie Bull. Billy is optimistic and charismatic, preferring to stay factual and on topic. Unlike April, Billy ends his segments by reintroducing Johnnie before changing back into him.

As Captain Copter, Johnnie sports a nasally, muffled sounding voice, made to sound as if it is coming from a radio. Captain Copter appears to be very straight forward, although it's difficult to say much about his personality as he appears far less than April Showers or Billy Bull.

For each persona, Johnnie uses a slightly different voice, made to sound obviously fake. Despite this, he still tries to make it sound legitimate. Occasionally he forgets to switch in and out of his voice when thanking his “guest stars” or having them thank him but he quickly corrects himself whenever it happens. 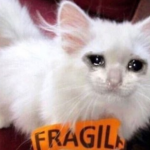 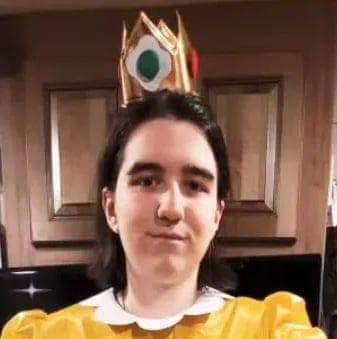 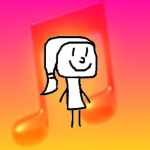